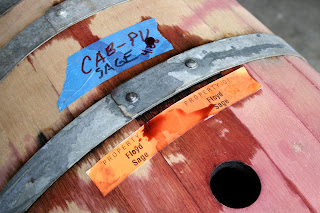 As long as I can remember, my grandfather has been making wine.  It started out as a hobby.  He used cherries and other fruits to make his wines at first (and this was all fine), but when the hobby became something more, suddenly the cherry wine just wasn't enough.  If he could make wine with cherries, why not true wine grapes?  He and my grandmother are well into their 80s, and their wine consumption has not slowed (nor has it slowed them down).  My grandfather wanted to make wine that he and his wife could enjoy on a daily basis, and also be able to proudly serve it to their friends and family.   He is nothing if not proud of the wine he makes today. 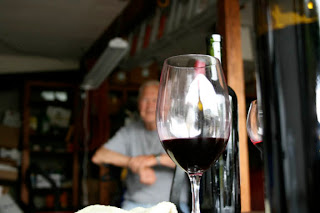 Today we still help my grandfather bottle wine from his basement so that he and my grandmother are set for their yearly rations. 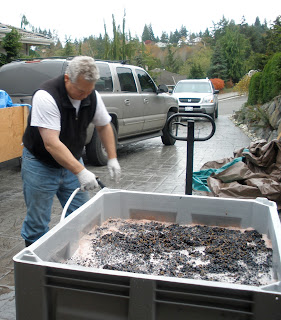 Making my father's wine is an entire new endeavor altogether.  Suddenly the wine became something more.  Each element of the winemaking process became important.  We were still making it at home, but the quality of the final product was something we could compare to the wines sitting on the store shelves, (and in many cases, ours was better). 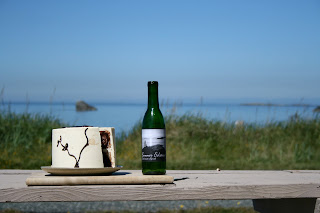 I knew that my father had taken his wine to the next level when he suggested that he make the wine for my wedding.  Well, I thought, why not? His wine was good- really good.  It was one of those weddings where everyone contributed, and my father had his wine.  We even gave each of our guests a parting gift of a bottle of our Summer Solstice Red.  The wine was a huge hit, and I knew then that he would push it even further.  This led to the idea of the winery-  a place where he could keep sharing his wine, not just with friends and family, but with everyone.

You can also visit us at our website www.plaincellars.com